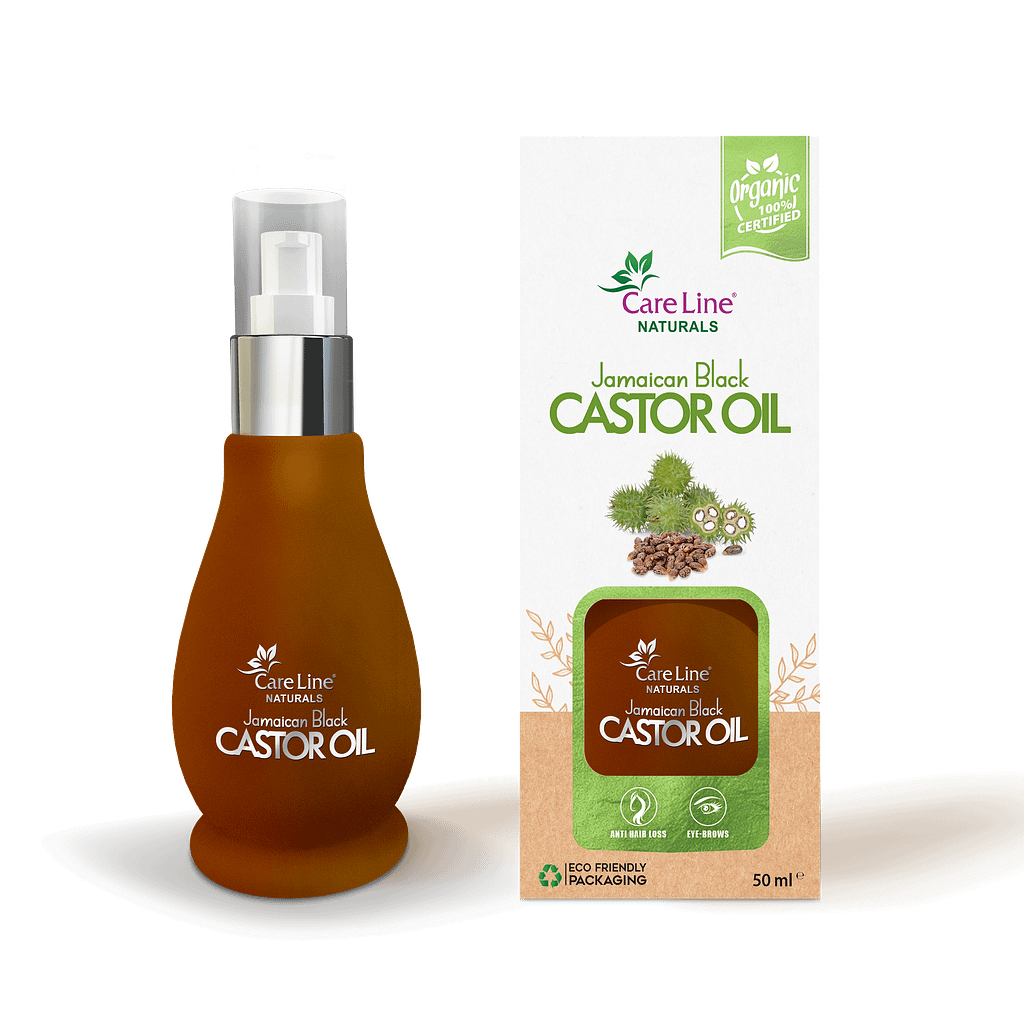 Before we look at what Jamaican black castor oil is, let’s first learn about castor oil. Castor oil is extracted from the seeds of the castor oil plant, which, when cold pressed, is pale yellow and transparent.

But Jamaican castor oil is extracted in a different way, which is also the traditional method of extraction. The seeds are roasted and then pulverized in a mortar. Then, water is added, after which these mashed beans are slow-boiled on a wood fire. What we get as a result is unadulterated, thick, pungent, and dark brown castor oil – which is also known as Jamaican black castor oil. This oil is often considered to be pure and much superior in terms of its nutritional content.

You need 1 tablespoon each of Jamaican black castor oil and extra-virgin olive oil, and the juice of half a lemon..

Aging may not be bad at all, but aging too soon is. But with Jamaican black castor oil right in your kitchen, you don’t have to worry much. It has excellent emollient properties and gets well absorbed into the skin. This castor oil also helps moisturize your face, giving it a younger look.

The rich nutrients in Jamaican black castor oil (some of them being vitamin E and omega-6 and omega-9 fatty acids) help moisturize hair and related problems like itchy scalp and dandruff. Applying castor oil to your hair tips will also prevent your hair from looking frizzy and having split ends and damage. You will also notice that your hair is stronger and won’t develop split ends that easily anymore.

We can say there are three major differences between the two. They are:

1. The way of processing
We already saw this in brief. Castor oil is produced by pressing fresh castor beans – there is no heat involved, which is why we call it cold-pressed castor oil. Certain manufacturers use chemicals in their process of extracting castor oil.

But Jamaican black castor oil is prepared by first roasting the beans. This results in an oil that smells burnt. This oil is often considered to be pure and much superior in terms of its nutritional content.

2. The color
Castor oil is pale yellow whereas its Jamaican cousin is dark brown or black. At times, it is extra dark.

3. The pH level
The processing method of a castor bean determines its pH level. Castor oil is slightly acidic, whereas its Jamaican counterpart, given it contains the ashes of the beans, is on the alkaline side.